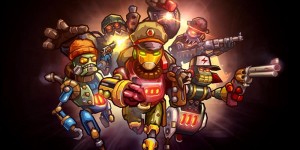 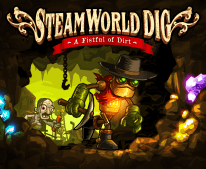 Per approfondire:
SteamWorld Dig (Xbox One)

Drill down into a platform, mining adventure game full of secrets, treasure and terrors in SteamWorld Dig, and discover a world of steam-driven robots, inspired by Western and Steampunk themes. SteamWorld Heist on the other hand offers turn-based strategy with a twist: manually aim the guns of your robots, allowing for insane skill shots and bullet-bouncing action. Board, loot and shoot your way through enemy spaceships and upgrade your recruits with unique abilities, weapons and, of course, stylish hats!

“It is an honor and a thrill to partner with a developer of Image & Form’s caliber and renown in order to bring the physical boxed version of these two smash hits, critically-acclaimed SteamWorld games to new audiences across the globe,” said Martin Defries, Managing Director of Rising Star Games. “These are deep, rewarding, intricately designed, and gorgeous-looking games that, paired together, present an extremely compelling proposition for gamers.”

Developed by Image & Form and published by Rising Star Games, the boxed edition of SteamWorld Collection will release in USA, Canada and South America on PlayStation®4 system and Wii U at selected retailers in early October priced at $29.99. In Europe, Australia, New Zealand, and the Middle East, the PlayStation®4 edition will be available from Rising Star Games in early October, priced £29.99/€29.99.