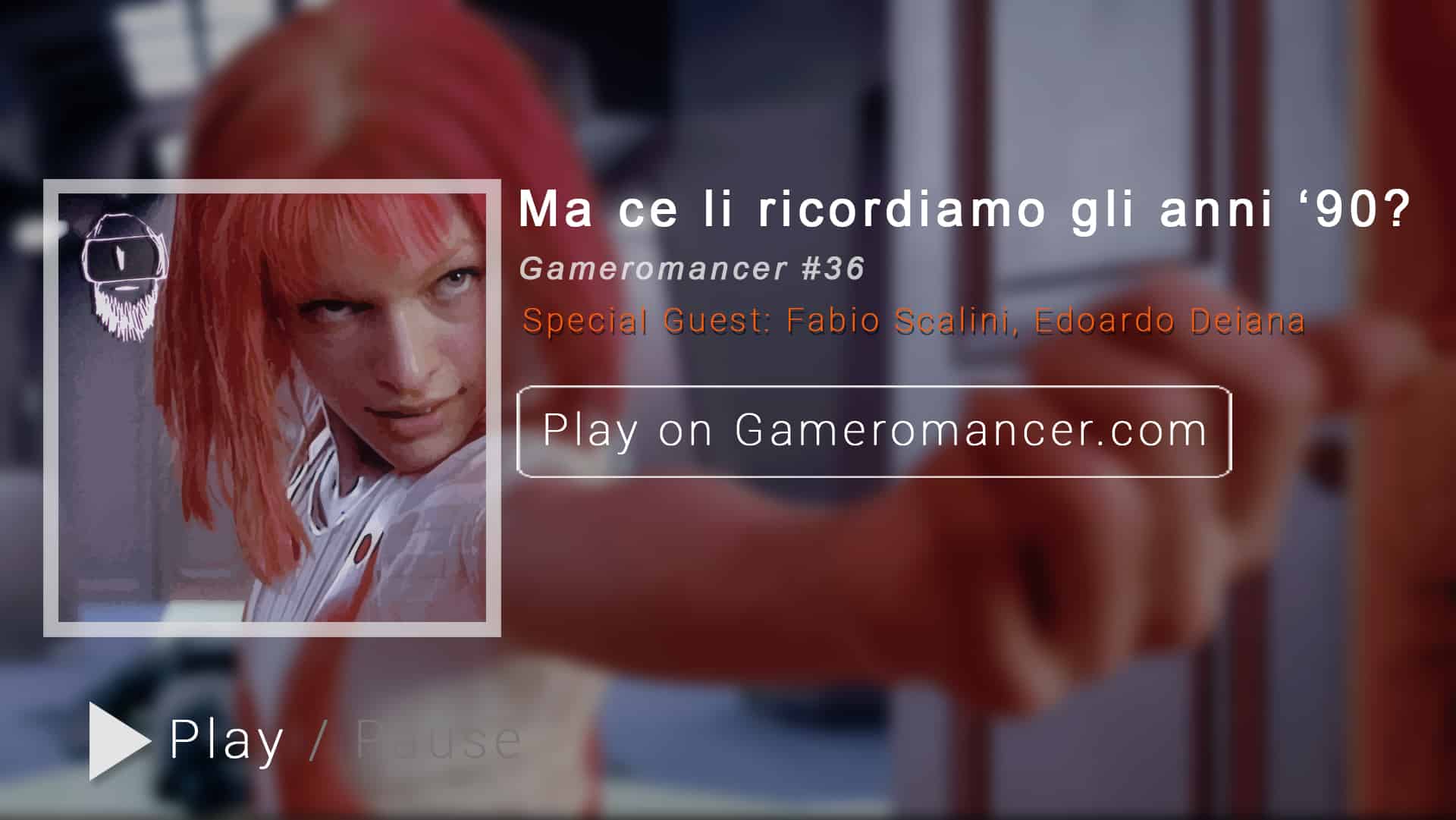 The definitive JRPG experience launches on PS4 in early 2019

Originally released in Japan as Eiyuu Densetsu: Sen no Kiseki ‘Kai’ and Eiyuu Densetsu: Sen no Kiseki II ‘Kai’ on Sony Playstation 3 and Sony PS Vita, with later enhanced releases on PC via Steam, both games give players the chance to follow the activities of Thors Military Academy’s specialised ‘Class VII’ on PS4, with added features not found in any previous console releases.

For the first time in the series’ history, dual voiceovers have been included, giving players the chance to enjoy the original Japanese voices for each of the games’ myriad of characters, or play with the highly acclaimed English dub that includes more than 5,000 additional English lines per game, previously available only in the PC editions. Existing owners of the PC versions won’t miss out either – both games will be given an upcoming patch that includes the Japanese voices for free.

The Legend of Heroes: Trails of Cold Steel Decisive Edition will include a physical copy of the game on PS4, a 50 Mira replica collectors’ coin and a Musical Selections CD containing 21 full-length tracks, all contained in a SteelBook® case adorned with game artwork. 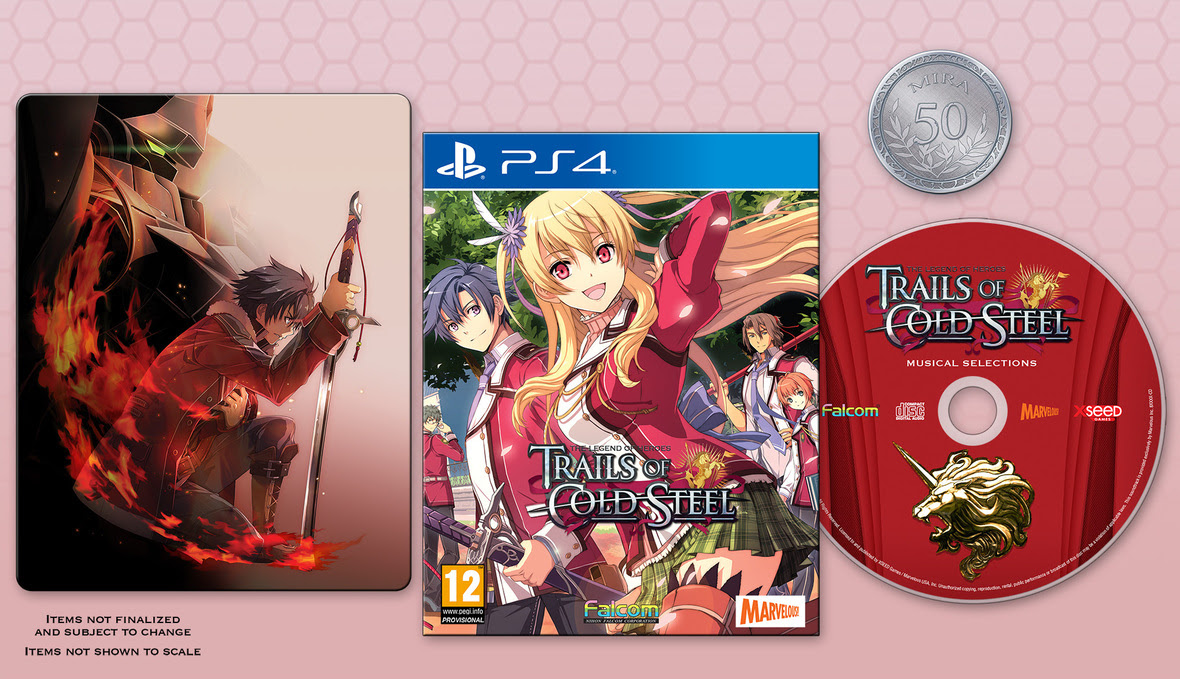 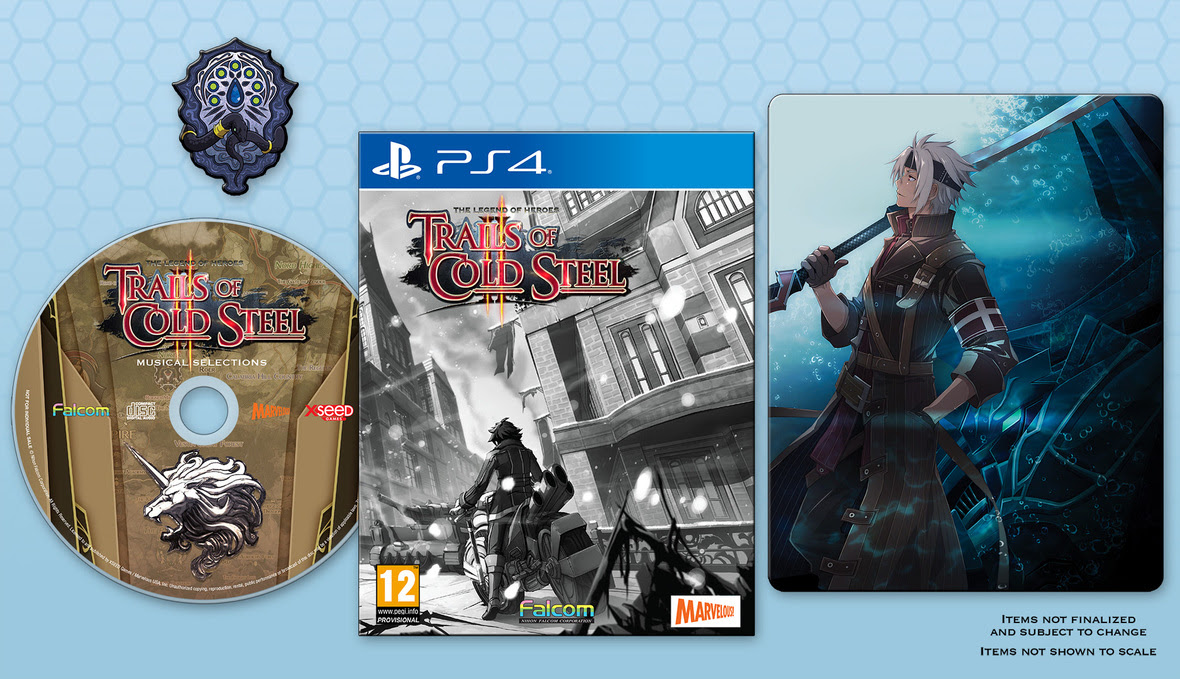 Among the nations on the Zemurian continent, the mighty Erebonian Empire has been quick to outwardly stake its claim militarily; yet politically, ugly bouts of internal conflict between the upper class and commoners attempting to rise to power have been steadily intensifying day by day. The Noble and Reformist Factions have been none too kind to each other over the years, and tensions between the two only stand to worsen if compromises are not made in the very near future.

Rean Schwarzer, like any other citizen of the Imperial North, is no stranger to these rising conflicts – the class system has been deeply embedded into the hearts of every Erebonian since the days of old. However, as a 17-year-old student preparing for his new life at Thors Military Academy, he notices that his crimson uniform differs from the standard outfits issued to his peers – typically green for commoners and white for nobles.

Enter Class VII of Thors Military Academy. For the first time in the prestigious academy’s history, rank means nothing and skill means everything. With nine handpicked students of various backgrounds alongside Rean, Class VII readies itself to dive deep into the political quagmire that threatens not only them, but the Empire as a whole.