True power is found in the heat of battle!

A game that skilfully strikes a balance between traditional 2D fighter gameplay and the over-the-top action of ‘anime’ fighters, UNDER NIGHT IN-BIRTH features a revolutionary tug-of-war combat system, an extensive suite of tutorials for new players, improved online functionality and an all-new story mode. Among the new faces in UNDER NIGHT IN-BIRTH Exe:Late[st] is Enkidu, a man with iron fists and a punch first, talk later attitude.

A game that skilfully strikes a balance between traditional 2D fighter gameplay and the over-the-top action of ‘anime’ fighters, UNDER NIGHT IN-BIRTH features a revolutionary tug-of-war combat system, an extensive suite of tutorials for new players, improved online functionality and an all-new story mode. 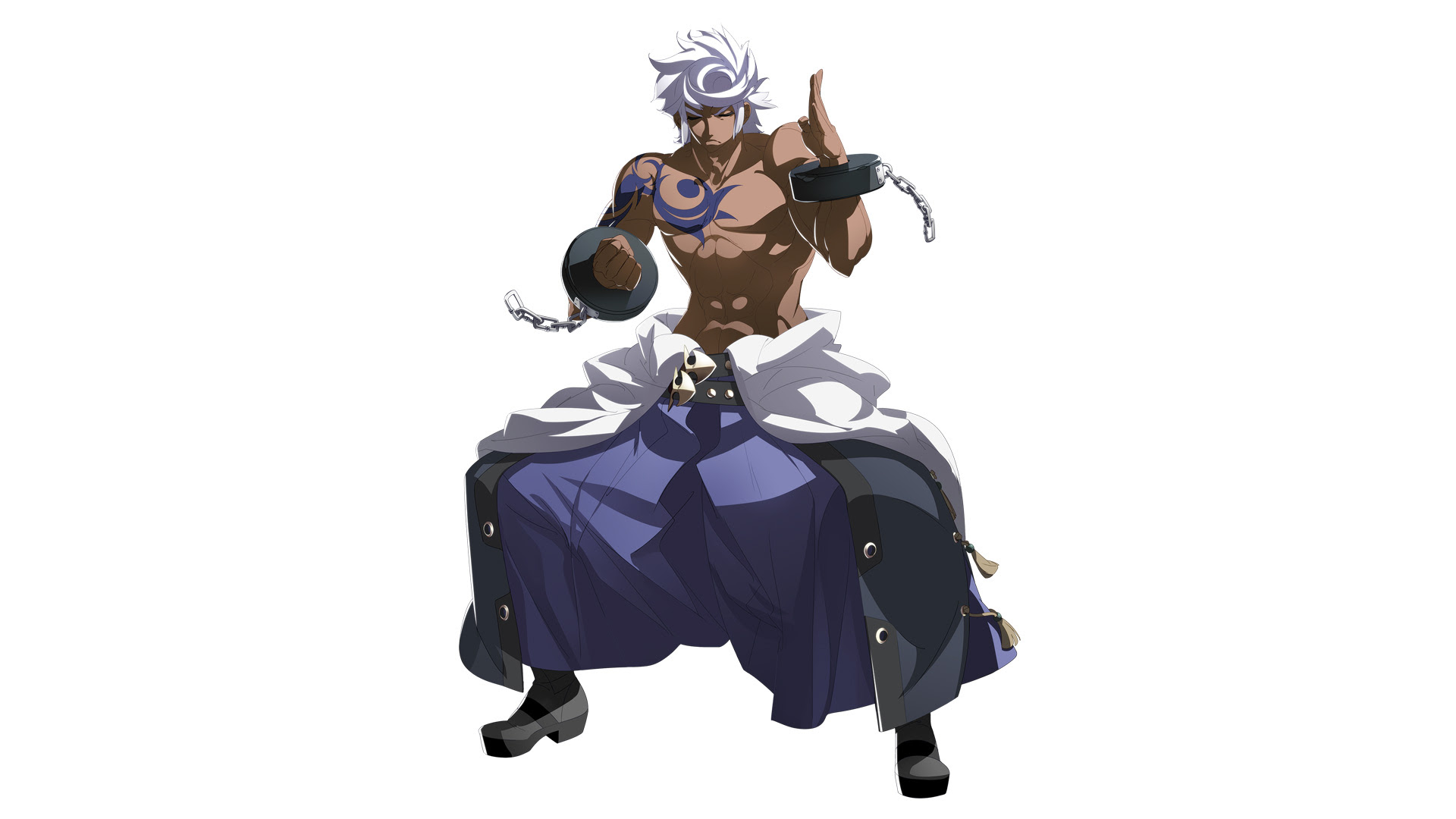 Quiet and reserved with a serious demeanour, Enkidu is affiliated with Amnesia, a group run by Hilda, who seeks to control the Hollow Night and bend it to their own ends. Enkidu became an In-Birth after being bitten by a Void, but his powers are very weak because it was a minor wound, and he relies almost entirely on the strength of his fighting skills as a supremely powerful martial artist instead. He resents those who rely on their powers as an In-Birth to fight, and wanders the Hollow Night looking for worthy opponents to face in battle. 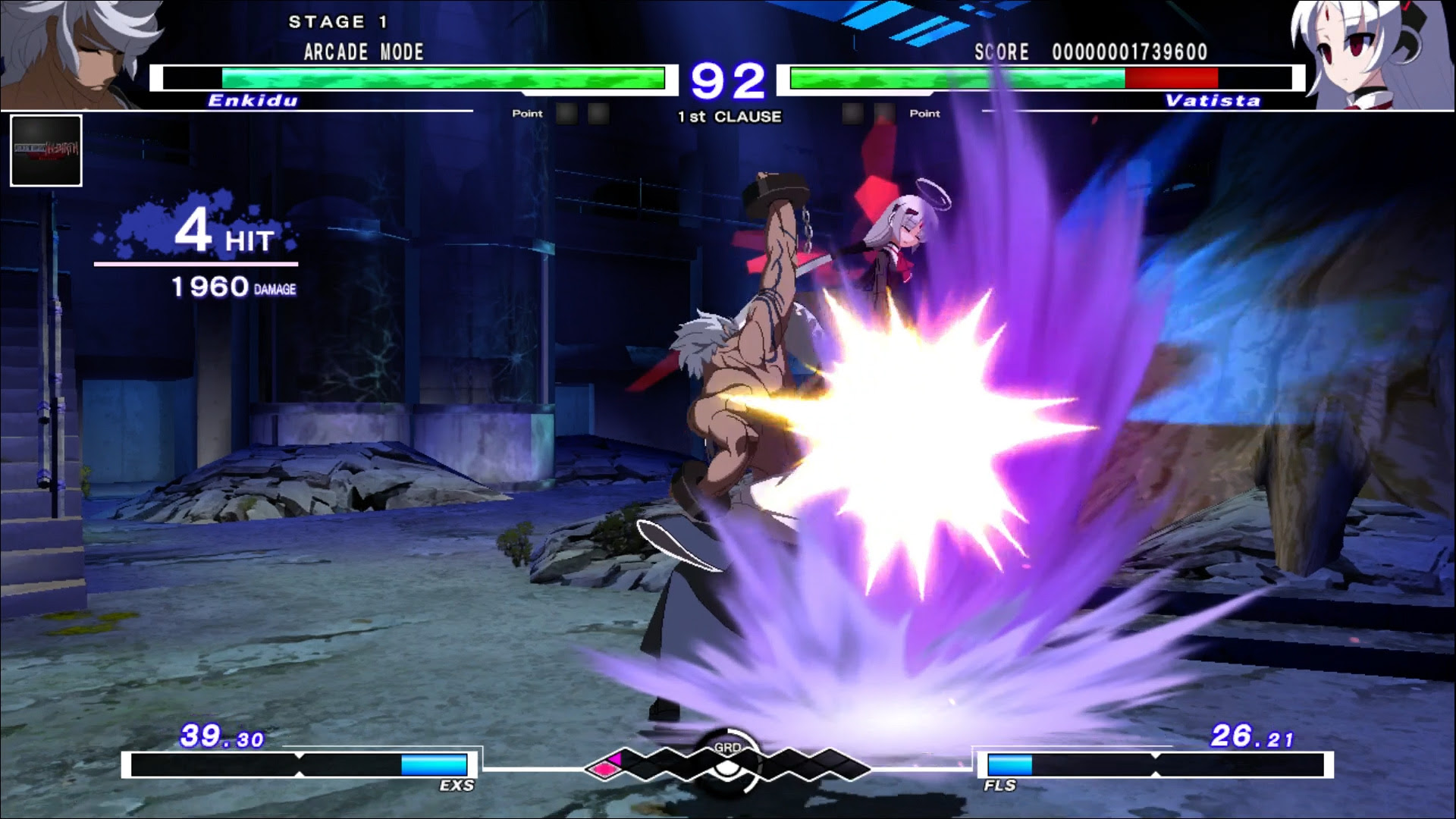 First Prohibition is a big punch with multiple follow-ups. The A and B version start with the same initial attack, but if followed-up with A, Enkidu will execute a series of punches leading to a palm strike that leaves the opponent grounded. If followed-up with B, he will execute a sweep and a big uppercut that launches the opponent.
The EX version is one big punch that sends the opponent flying across the screen. It can lead to a wall-bounce if performed close to the edge of the screen, allowing for follow-up attacks. 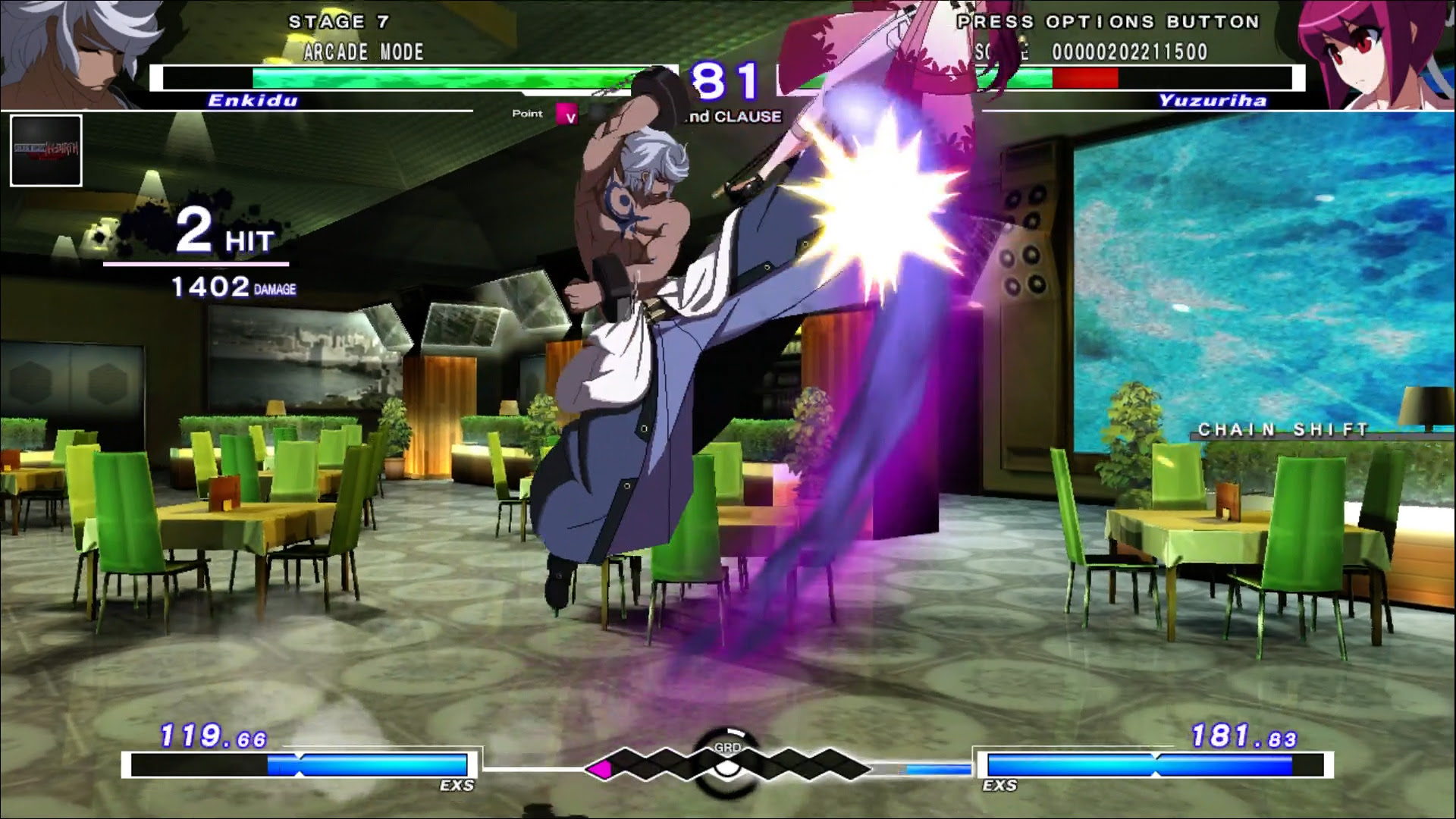 Chained Limbs is Enkidu’s diagonal attack of choice, both to anti-air and to challenge pressure. This attack launches Enkidu in the air with pair of upkicks. The A and B version both have upper body invincibility, making them the perfect ways of dealing with jumping attacks.
The EX version has full invincibility and is a great way of breaking your opponents’ pressure. It also causes a wall-bounce, leaving the opponent vulnerable to follow-up attacks. 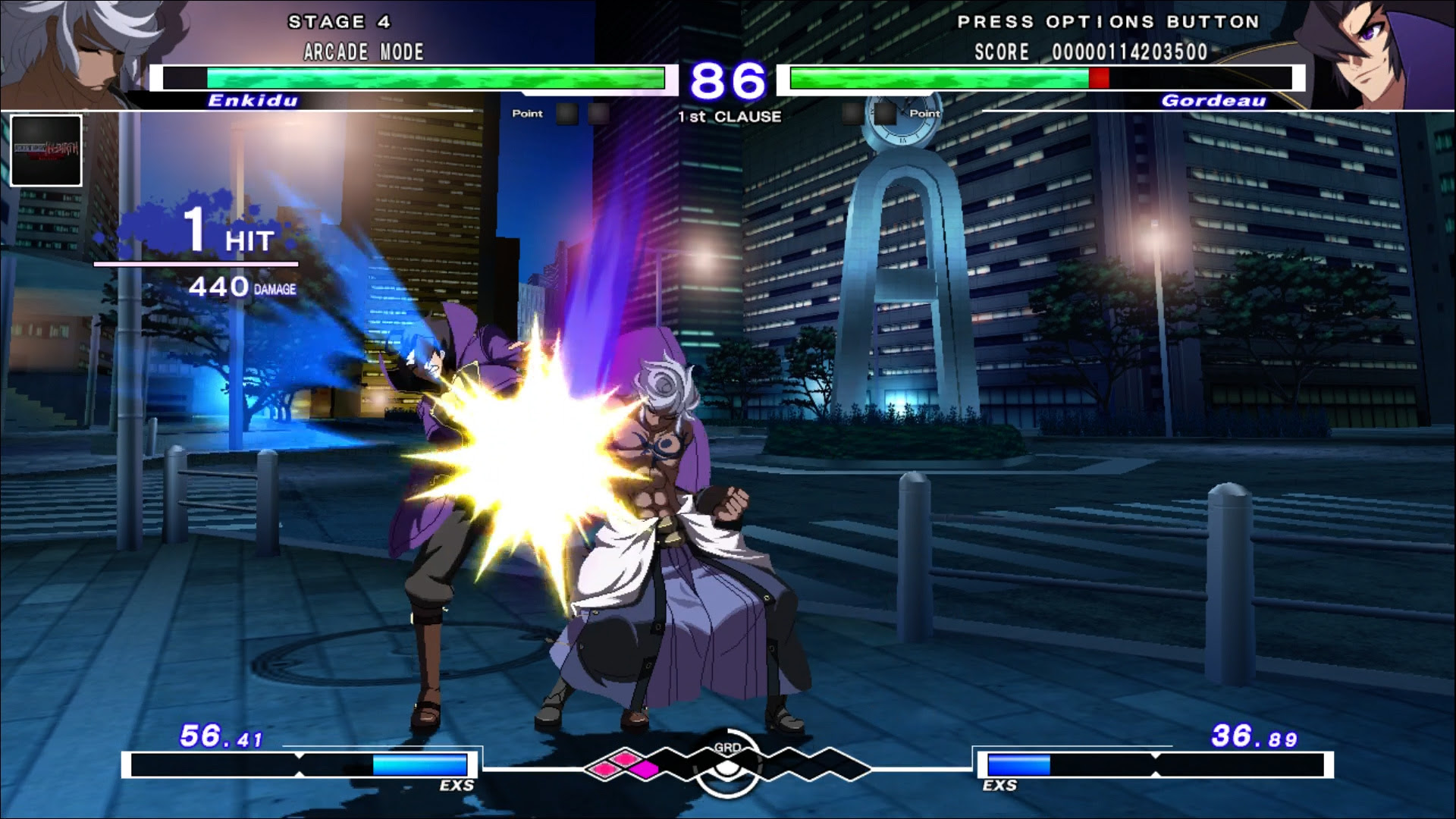 ‘Stomp’ is a ground attack where Enkidu stomps the ground fiercely that can catch opponents if they don’t get off the ground quickly. The A version is a bit faster, while the B version is slower, does more damage and has slightly bigger area of effect.
The EX version hits from the ground all the way to the top of the screen and will pop the opponent up. It can be easily followed up on with other special moves. 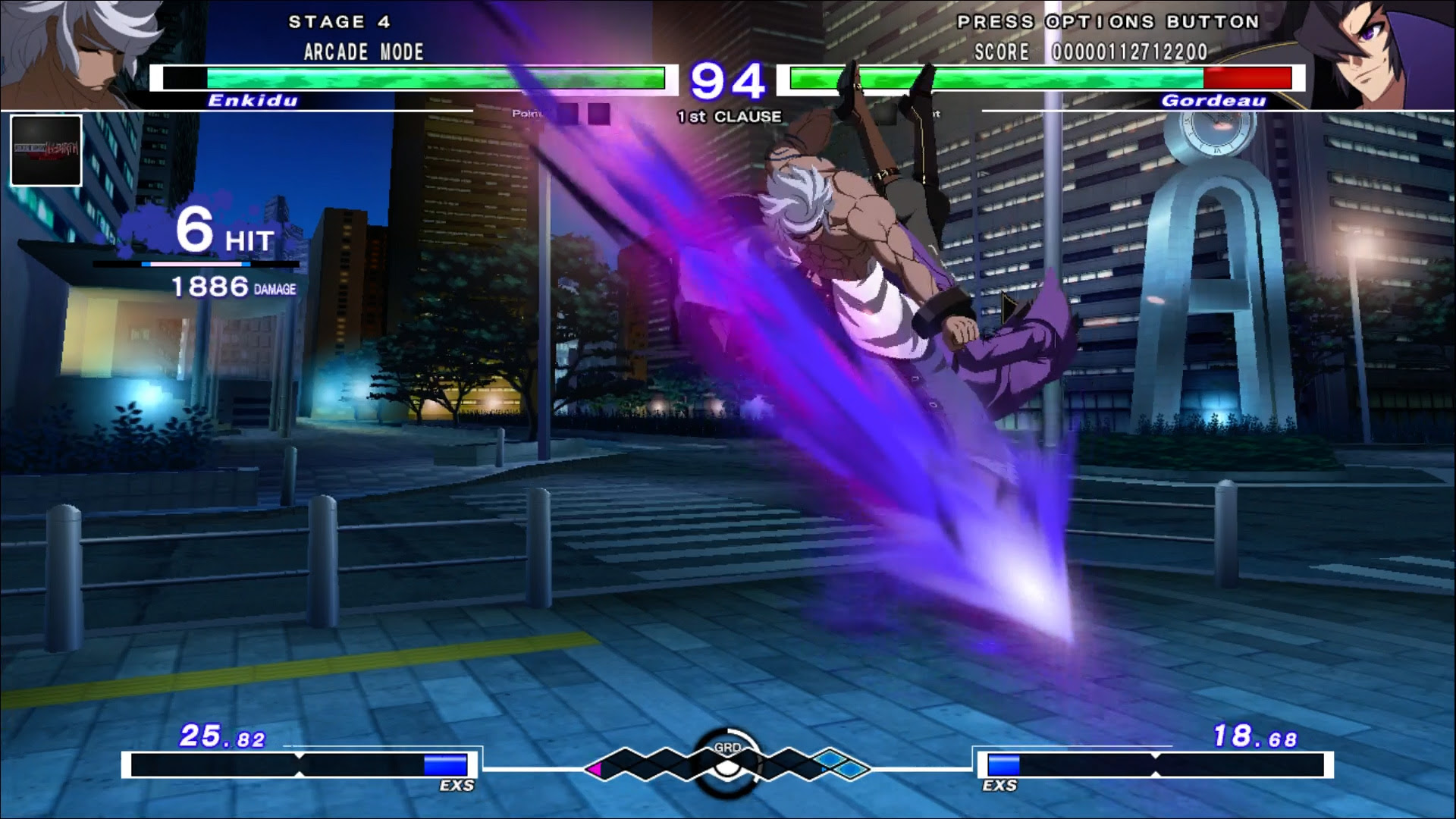 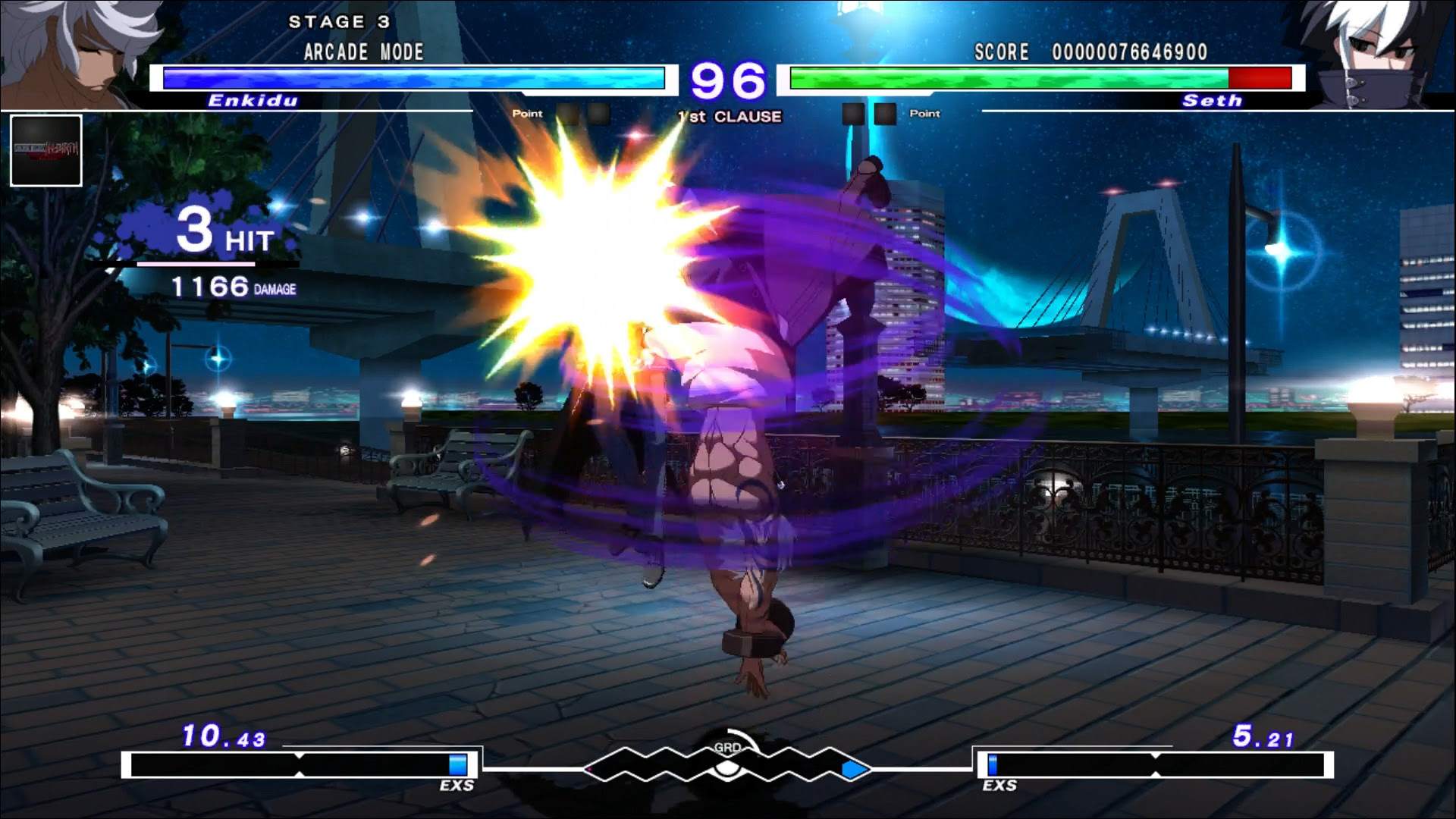 ‘Tidal Spin’ is Enkidu’s ‘Force Function’ (A+B), where he does a spinning kick that launches him into the skies. This attack can be cancelled into the Wind Blade dive kick, but leaves Enkidu in a precarious position if blocked. 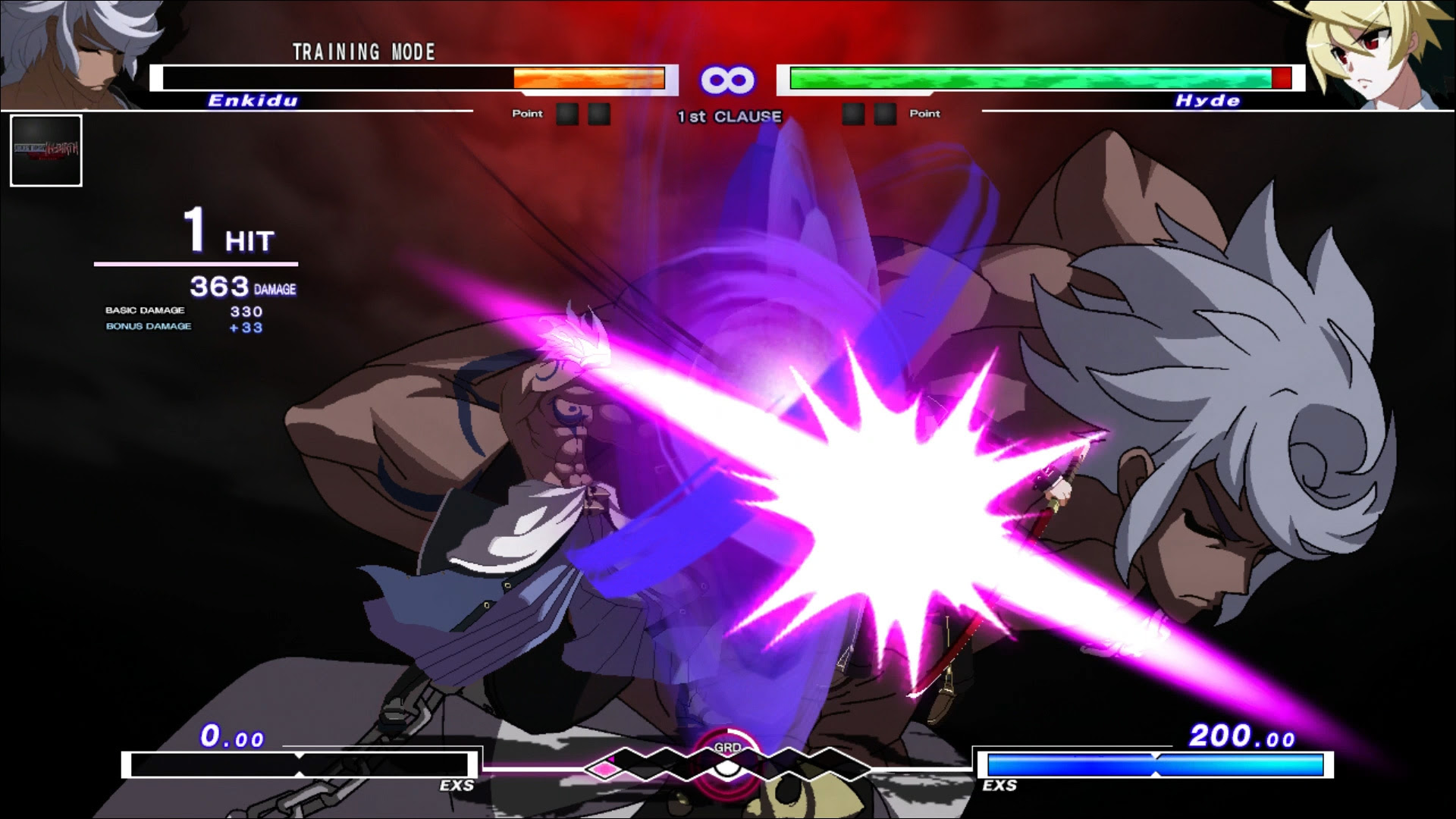 The ‘Spiral Palm Strike’ is Enkidu’s Infinite Worth, a super move that required full meter to use. He charges up and does a powerful double palm strike that launches a spirit energy ball and sends his foe flying across the screen. 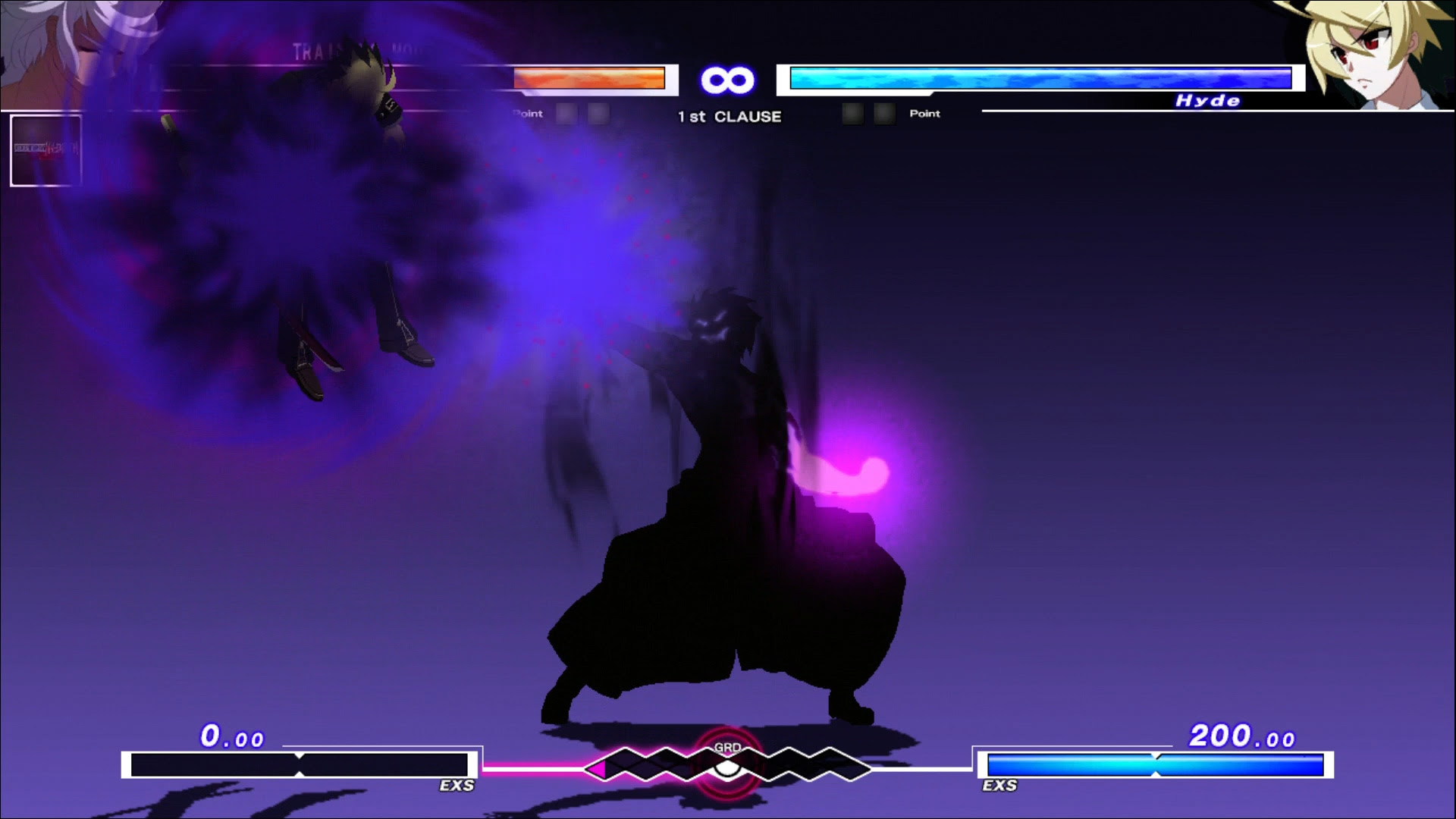 Enkidu’s Infinite Worth EXS is called ‘Demon Seal: Abyssal Force’, an ultimate attack that will instantly end the round if it lands. It requires a full bar of meter and for Enkidu to have 30% life or less left, and can be performed by pressing all four attack buttons (A+B+C+D). He unleashes his demonic form and grabs his opponent, sending torrents of demonic energy into their helpless bodies.
Enkidu’s simple, hard-hitting attacks and short combos lend themselves neatly to newer players and experts alike, and his counters give him strong utility for those able to predict their opponents moves. While he can be countered with skilful use of ranged attacks, a well-played Enkidu is able to make the opponent feel like their every choice is wrong and there is nowhere to go. A true master of the fist, Enkidu brings a solid and basic fighting style to Under Night In-Birth Exe: Late[st], and is an excellent choice for players who enjoy getting into a scrappy fight.